Augusta State Univ. to Counseling Student: Change Beliefs or Get Out

AUGUSTA, Georgia, July 22, 2010 (LifeSiteNews.com) - Attorneys with the Alliance Defense Fund (ADF) filed suit against Augusta State University Wednesday on behalf of a counseling student who was allegedly told that her Christian beliefs are unethical and incompatible with the prevailing views of the counseling profession. The student, Jennifer Keeton, says she has been told to stop communicating her beliefs and that she must undergo "training" to accept homosexuality in order to graduate from the counseling program.

Augusta State ordered Keeton to undergo a re-education plan, in which she must attend “diversity sensitivity training,” complete additional remedial reading, and write papers to describe their impact on her beliefs. If she does not change her beliefs or agree to the plan, the university says it will expel her from the Counselor Education Program.

“A public university student shouldn’t be threatened with expulsion for being a Christian and refusing to publicly renounce her faith, but that’s exactly what’s happening here. Simply put, the university is imposing thought reform,” said ADF Senior Counsel David French.

“Abandoning one’s own religious beliefs should not be a precondition at a public university for obtaining a degree. This type of leftist zero-tolerance policy is in place at far too many universities, and it must stop."

Keeton, 24, is pursuing her master’s degree in counseling at Augusta State. Lawyers say that after her professors learned of her biblical beliefs, specifically her views on homosexual conduct, the school imposed the re-education plan. Keeton says she never denigrated anyone in communicating her beliefs but merely stated factually what they were in appropriate contexts.

The plan, according to ADF lawyers, assails Keeton’s beliefs as inconsistent with the counseling profession and expresses suspicion over “Jen’s ability to be a multiculturally competent counselor, particularly with regard to working with gay, lesbian, bisexual, transgender, and queer/questioning (GLBTQ) populations.” They say the plan requires her to take steps to change her beliefs through additional assignments and additional “diversity sensitivity training" and to “work to increase exposure and interactions with gay populations. One such activity could be attending the Gay Pride Parade in Augusta.”

Each month, Keeton is allegedly required to complete a report on how the “remediation” assignments have influenced her beliefs so that faculty can “decide the appropriateness of her continuation in the counseling program.” Lawyers say the plan concludes by noting that “failure to complete all elements of the remediation plan will result in dismissal from the Counselor Education Program.”

In an ADF video, Keeton said that, “While I want to stay in the school counseling program, I know that I can't honestly complete the remediation plan knowing that I would have to alter my beliefs." "I'm not willing to, and I know I can't, change my Biblical views," she said.

ADF attorneys filed the complaint and a motion for preliminary injunction in Keeton v. Anderson-Wiley with the U.S. District Court for the District of Georgia.

ADF is currently litigating a similar case involving a counseling student at Eastern Michigan University and successfully resolved a case at Missouri State University. Also in litigation is a case involving a Georgia counselor fired by the Centers for Disease Control and Prevention because she would not agree to affirm homosexual behavior as morally acceptable. 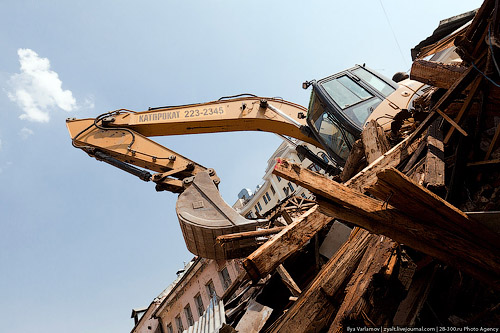